This message has been created using a substitution cipher:

Set out like this, the message is almost too easy to crack. The first thing to do is to look for single letters words as, in English, these are highly likely to be 'a' or 'I' (or much less frequently: 'O').

So let's substitute those letters in: QZV >>> THE. There is one single letter word 'Y', which occurs about three times. Let us assume that it is 'a', so Y >>> A (if this does not work, we can always try the other single letter word in English: Y >>> I).

This website will automatically count and create a list for you of the most frequently occurring letters, bigrams (2-letters) and trigrams (3-letters). Click here and copy your message into the top box, before clicking somewhere else on the screen. The side panel on the left will automatically reveal to you the statistics about the most frequently occurring letters.

I have used the 'cracking substitution cipher' section on this website to show the progress that we have made so far with this message: 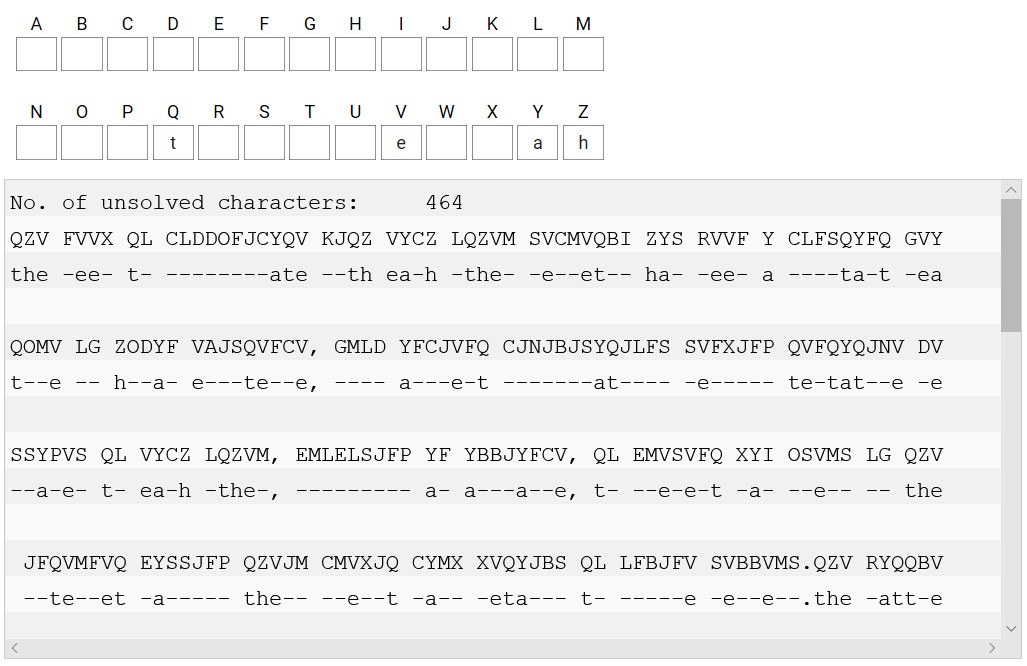 We can now quickly fill in other letters. The third word of the cipher text 'QL' translates to 'T?', so we can be confident that L >>> O. The sixth word ('VYCZ') translates to 'EA?H', so C >>> C (a letter can be substituted by itself in a substitution cipher). 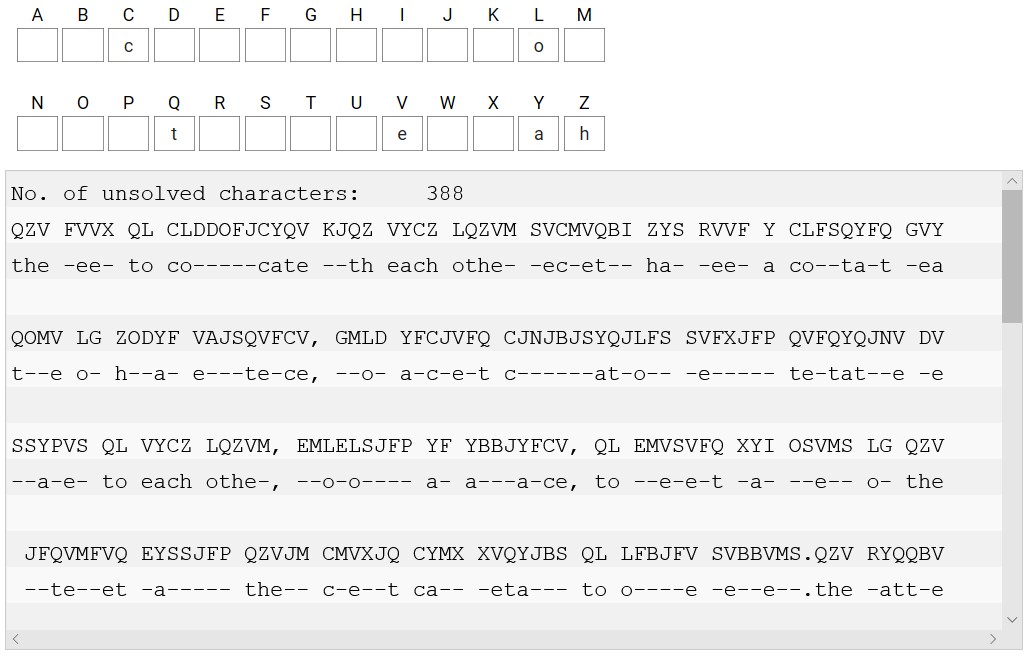 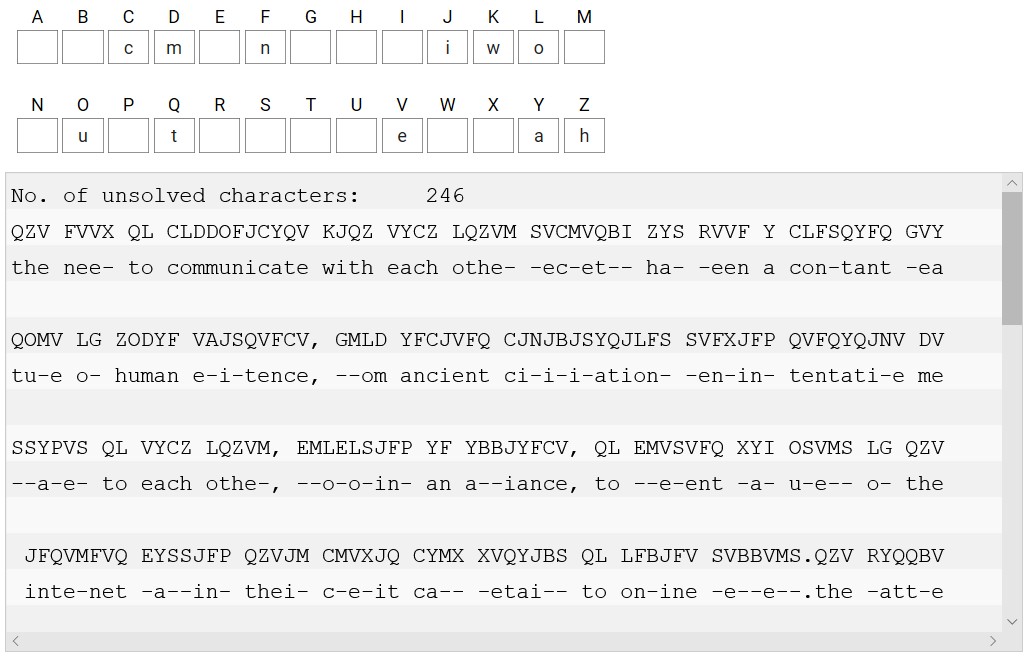 If you would like to finish cracking this message, copy the text from the top of this page, copy it into the top box on the code-cracking page, select 'Crack substitution cipher' and then enter the letters into the boxes that appear underneath. If you want to cheat, you can press the 'Crack substitution cipher' button to get the website to crack it for you automatically ...

This has been a very easy message to crack. On the next page, we try something a little more difficult.